Carvers for their Kings

Carvers for their Kings 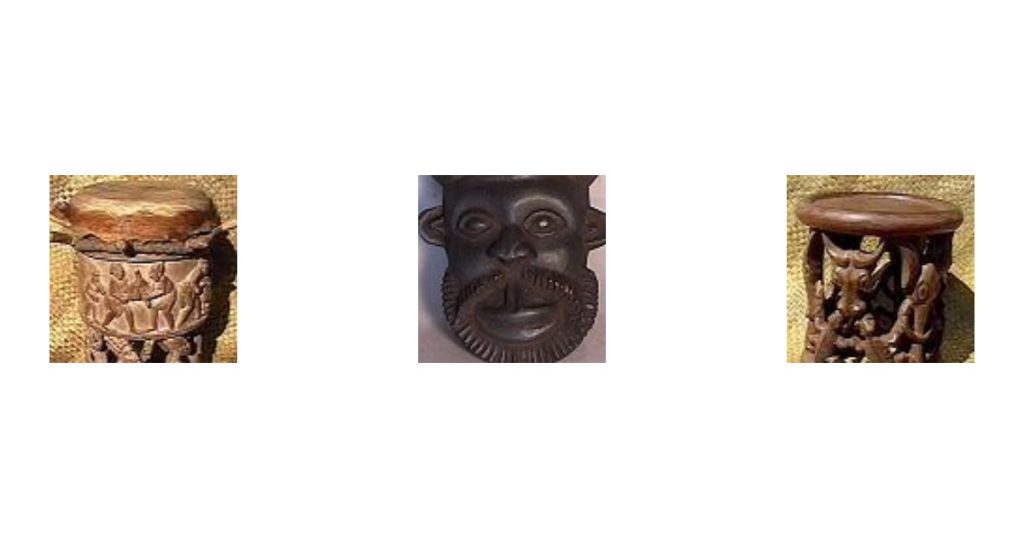 Wanjel lives in the remote mountain community of Oku, surrounded by the mystical Kilum Mountain Forest. His gift for carving life into traditional Oku masks has earned him a place as the favored carver of the king of Oku, known as the Fon.

The not-so-remote town of Bali-Nyonga is full of woodcarvers and other artisans owing to the presence of a production center for Prescraft, an established exporter of Fair Trade crafts. Edwin Fotachwi distinguished himself early on as a talented carver — literally becoming Prescraft’s “poster boy” after he was photographed as he carved a particularly intricate ceremonial bowl. Like Wanjel, Edwin is the favored carver of his own king, the Fon of Bali-Nyonga.

Until recently Edwin and Wanjel knew each other only by reputation.

In November 1999, Ted Johnson, PEOPLink’s Chief of Web Operations arranged the first-ever meeting between Wanjel and Edwin. Their rapport was instant, and soon they were whispering trade-secrets behind one of the mud-brick buildings in Wanjel’s compound. This is the way healthy traditions grow and remain vital.

Both of these artists have a deep sense of the thread the connects them to the history of their people, and to the traditions of their ancestors. They are carvers for their kings not because they copy what other carvers have done in the past, but because they have the creativity to grab that thread and pull it into the future.