Celebrities: Bike to the Oscars

Celebrities: Bike to the Oscars 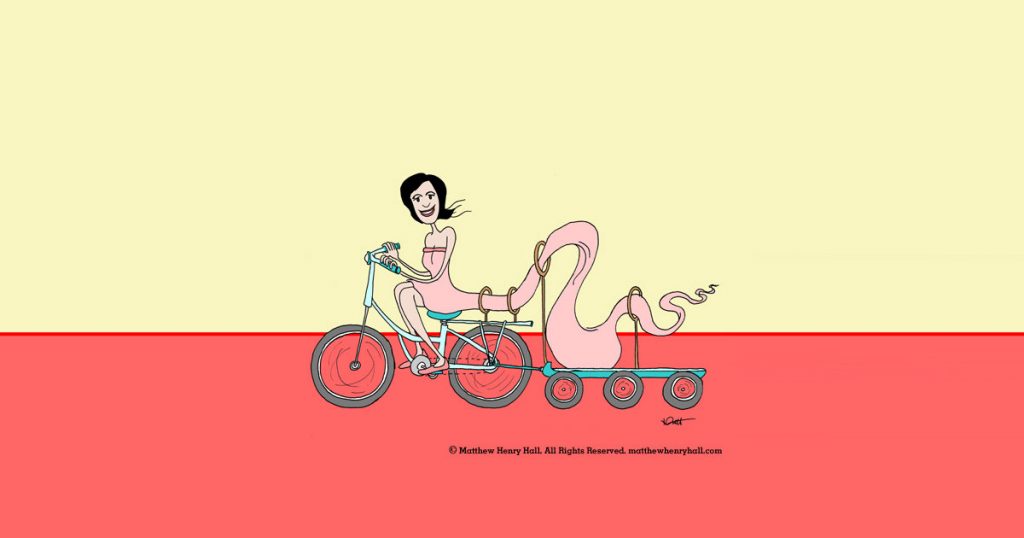 An Open Letter to Entertainers Going to the Oscars

For awhile now, I’ve been looking for high-profile leaders who lead by example by commuting by bike. And by leaders, I mean people with cultural and political influence. But I’ve intentionally avoided looking for them in Hollywood. I’m happy to leave “Celebrities on Bikes” to another bike blog.

But loathe as I am to admit it, America loves you. You do have cultural and political influence. It’s the reason politicians and marketers court your endorsements, as opposed to, say, those of qualified people.

Some of you try to use your celebrity for good — especially if you get some good publicity doing it.

I want to help you prepare for your most important commute of the year–whether you care about the planet, or whether you just want to appear that you care.

Quite a few of you like to be seen in your hybrid cars. But in terms of “making a statement,” the hybrid thing kind of peaked in 2005. Sure, you can go for a luxury hybrid or an electric vehicle, but that just seems a bit desperate.

I’d like to suggest something that would have real impact. Not just environmental impact, but the kind impact that matters most to you: chatter!

You want to out-care DiCaprio? I’m suggesting that you arrive at the Oscars by bike.

I understand that this is not without its complications, but we bike commuters have been dealing with these issues for a long time.

You’re probably thinking, I’m not going to spend $950 on my hair and then ruin it with a helmet!

There are ways of managing this.

You could keep your helmet on as you walk the red carpet. That would remind anyone who didn’t see your dramatic arrival of just how you got there. Then once you are off camera and out of view, have your stylist ready to primp you back up after the helmet comes off.

More boldly: Don’t wear a helmet. Surely someone will say, Think of the children and the terrible example you are setting!

You can memorize lines can’t you? Say this: “Statistically, even without a helmet, you are safer on a bike than in a car.”

You probably don’t begin many sentences with “statistically,” so feel free to have your publicist work that statement to fit your personal style. But it happens to be true. It’s a message that the general public needs to hear. And however you say it, it will be hotly debated on cycling blogs and forums for months.

You can ride a bike in a dress. Just remember that they’re called “step-through frames” now, not “girls’ bikes.” But if your dress is ridiculously long — I mean elegantly long — you might consider folding that extra train into some shopping panniers. It just takes a little planning, and maybe a little engineering. Have your people look into it.

You can pedal in just about any shoes. Get yourself some Power Grips, or something like that. Maybe have your designer put some rhinestones on them.

Or do as the common folk do: change into your dress shoes after you arrive. Sorry. That was crazy talk. Disregard that.

Don’t let this be an afterthought. You need to think about the kind of bike you will ride.

You’re bound to be wondering what would be the greenest bike you could ride; one that simultaneously shows your affluence and your environmental conscience. You might not be able to have it both ways.

If showing your affluence is most important, consider a custom bamboo bike, preferably from somewhere that sounds really exotic when someone asks you and you get to say it. How does Lusaka, Zambia roll off the tongue?

Now use it in a sentence: “This bike is made from sustainably harvested bamboo in Lusaka, Zambia.” Don’t you sound smart? Get your dialect coach to help you pronounce that right. You don’t want to be caught saying ZOMBIE-a. (Those meanies at TMZ would never ever forget it for a whole day.) And if anyone asks, Zambia is next door to where Madonna shops for children.

But the most eco-friendly bike you can get is a recycled bike. It’s sad isn’t it? With all our technology, we still can’t make a bike that’s greener than not making a new bike. Now there’s a cause looking for a celebrity spokesperson.

A note of caution: If you’ll be wearing a dress, you don’t want to ride a recumbent. Or maybe you do. It depends on the kind of attention you are seeking. I don’t really pay attention to these things, but it seems like it’s been awhile since we’ve had one of those scandalous shots of a star exiting a limo. A photo of you, with your legs swirling in the air before you, would make those seem downright modest.

For recumbent modesty, consider a velomobile. They’ve got a retro-futuristic look. And they’re no dorkier than a Prius, but I know that’s not saying much.

This is perhaps the most difficult part. How do you arrive to the red carpet on bike with glamor? In a way that shines with that delicate blend of humility and justified self-absorption?   It can be done.

I’ve given this a great deal of thought, and have concluded that a bike rickshaw driver is not the equivalent of a limo driver. It only takes one self-propelled star to make the rickshaw-riders look like slackers. Don’t let the slacker be you.

If you need to be with an entourage (silly me writing the if there), ride a tandem with your date. You can be in the stoker position — the back seat — as long as you give a token effort with the pedaling. Your other minions can follow in an adoring peloton.

Make sure you will have a bike valet to meet you when you arrive. You don’t want to be looking for the bike racks at the Kodak Theatre.

Unlike other trends started by celebrities, riding bikes for transportation is actually… well… not asinine!

But bike commuting is healthy and fun. Biking is good for the environment and it’s good for communities.

This is your chance to influence society in a profound way. Unlike purchasing a hybrid car, nearly everyone can afford to imitate your riding a bike. Imitation is flattery, right? And what do you want more than that? It can be yours. Bike to the Oscars.

12 thoughts on Celebrities: Bike to the Oscars

Wow, great post! I don’t generally care about such things, but this is quite an ambitious and awesome idea =) Use celebrity status for good! Also, it’s a great guide for anyone that needs to look sharp on & off a bike.

There’s a sort of Easter Egg in there. If you click on either of the Angelina and Brad pictures, you can see the full-width, un-split version of the illustration.

Great idea. I work for BROOKS, the renowned English leather saddles. I’d love to help you getting this dream come true. It’s just a bit late, don’t you think? Maybe next year. Please contact me.
Thanks
Andrea

I will be biking to the Kodak on Sunday to work on the red carpet arrivals (weather permitting). When I asked if the showday parking pass was necessary, they said nobody had ever asked that question in the history of the telecast.

Christian! You are the bike valet! If I overnight you a Commute by Bike t-shirt, would you wear it?

I was too busy to watch. Did any of the celebrities take you up on your offer?

This needs a coordinated effort now (including potential sponsort), to get someone to actually do it at the Oscars in 2012 with TV coverage etc.

How did i miss this last year?? Brilliant. You know the other appeal of bike commuting to awards shows is that is highlights the fitness aspect of alternative transport.

“Why no, I don’t believe in going under the knife; I owe my six pack and tight booty to bike commuting.”

Ted, this is an excellent idea! Bravo! But I’m going to chime in with those that planning now for next year might really be the way to go. I think this is something that the Los Angeles County Bicycle Coalition and the California Bicycle Coalition might be interested in noodling a little…I would certainly be happy to do my best from Women On Bikes SoCal.

Let me know if you’re interested! Keep up the great work.

Hi Ted. Even though my husband and I are not famous, we will be riding our bikes to the Oscars on February 22, 2015. My husband, Greg Laemmle is an Academy member AND a board member of the Los Angeles County Bicycle Coalition. We are already making sure to get plenty of bike community support and recognition. So even though this has taken a couple of years longer than you had hoped for, rest assured, someone WILL be riding to the Oscars this year.