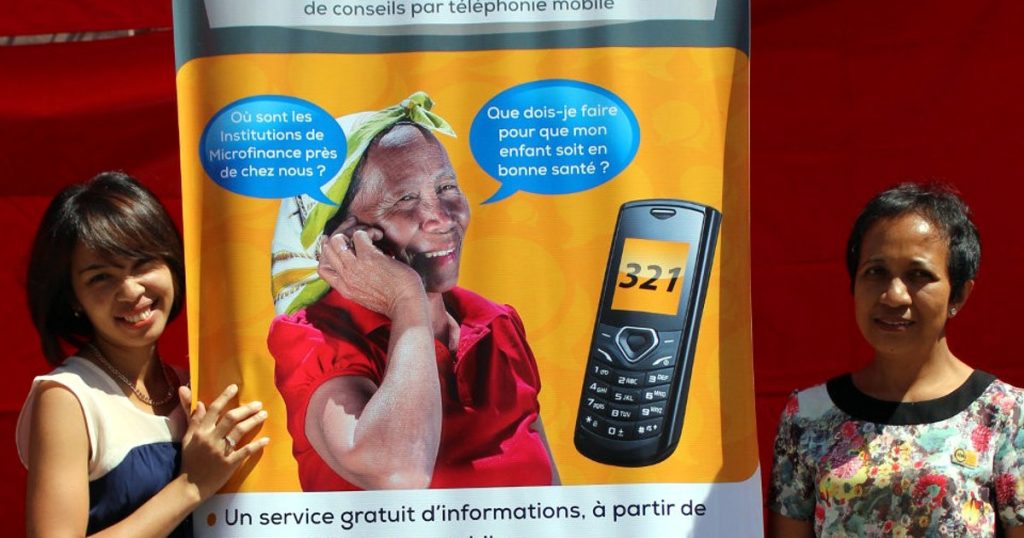 Known in MadagascarÂ as Tolotra Mandroso, a Malagasy term meaningÂ  “Welcome” and “Development” service, Â the 3-2-1 Service is a multi-channel mobile service that provides access to important public service information in the local language, anytime, anywhere, and free of charge.

Today at the National Library in Antananarivo, Airtel Madagascar and HNI officially launched the newÂ Gender topicÂ on the 3-2-1 Service with more than 100 messages on gender empowerment.

Since its launch in 2010, more than threeÂ million individuals in MadagascarÂ have made over 45 million requests to the Service, and it now averages more than 1 million calls and texts per month from over 200,000 users. We’re very excited to further improve the Service with the promotion of gender equality in Madagascar!

Below is a gallery of photos from the launch event:

A panel for the 3-2-1 Service showing the new Gender topic.

Official launch of the Gender messages

A member of the ‘Coalition des Radios pour la Consolidation de la Paix’, a group of radio networks and DJs that will be promoting the Gender content on the Service among their listeners

During the Q&A Session

Airtel hostesses for the launch event

Reception after the launch

Bravo to my sister who has successfully trained the group!