Phone Sex Ed in Madagascar: Youthful Additions to the 3‑2‑1 Service

Phone Sex Ed in Madagascar: Youthful Additions to the 3‑2‑1 Service 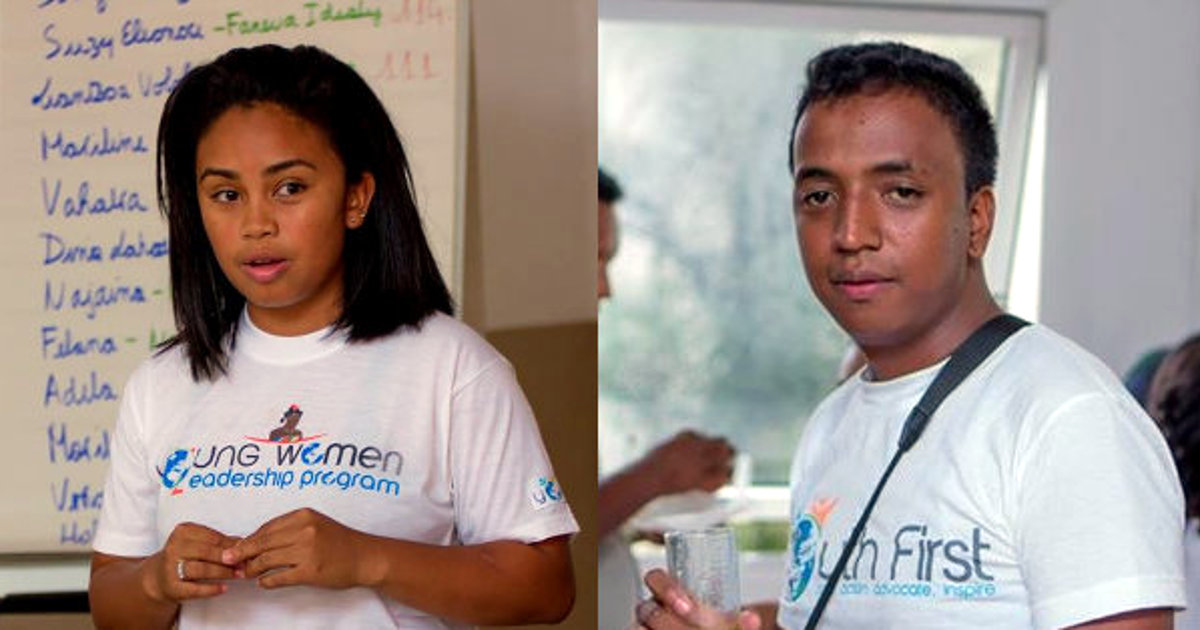 More than 100 health messages developed in collaboration with Madagascar teens will be added to the latest expansion of our free, on-demand messaging service.

The 3‑2‑1 Service provides trusted public health and development information via simple mobile phones, for free and in Malagasy, the language of Madagascar. The service has been active since 2010, but these new messages are the first to be developed in response to requests and feedback from adolescents.

“Young people spoke and we listened,” said HNI’s Erica D’Aquila. “Our messages are popular and helpful across many sectors of Madagascar society, but youth wanted even more information relevant to their lives and concerns.”

To synthesize the youth feedback into new messages on the 3‑2‑1 Service, HNI collaborated with Youth First, an organization led by youth activists from the NGO and private sectors. Rakotojaona Njaka, age 23, and Randrianasolo Lova Andrianina, age 21, participated as equals with their elders: representatives from Madagascar’s Ministry of Health, Ministry of Water, and with heavy hitters from high-profile NGOs operating in the country, including the Red Cross, UNICEF, and PSI.

Rakotojoana and Randrianasolo brought a young perspective to the content committee, as well as modern Malagasy terminology. The older members of the committee learned some new vocabulary words, such as mitsoda rather than the more stodgy sounding manoroka. Both words translate as “kiss” in English, but you manoroka your grandmother, whereas you mitsoda your boyfriend or girlfriend.

These new messages became available on the service this month. They include general health advice and messages on specific sub-topics including: prevention and treatment of sexually transmitted infections, pregnancy, sexual assault, and drug abuse.

Users of the system follow voice prompts to select the messages they want. The messages are received on their phones either by text message or by pre-recorded audio.

Youth can access the 3‑2‑1 Service confidentially, anywhere and any time. The confidentiality is crucial during a moment of crisis, such as a sexual assault, when a youth needs accurate information, not hearsay. The confidentiality also provides — without teenage cringing — information on two topics that families rarely discuss in Malagasy culture: physical and mental changes in adolescents, and family planning.

This example (translated into English) is a straightforward and factual 3‑2‑1 Service message:

Early pregnancy is defined as pregnancy before the age of 18. The following may be signs: lack of menstruation, vomiting, and swelling of the breasts.

Straightforward and factual as that may be, the experts who developed and curated these messages say this information is extremely unlikely to be shared from parent to child in most Malagasy homes.

In Madagascar, the 3‑2‑1 Service is provided in partnership with mobile provider Airtel Madagascar, which gives free airtime and text messages to users of the service. The funding to develop the new messages came from the Stars in Global Health Award granted by Grand Challenges Canada, a program of the Government of Canada.

These messages may be translated and adapted to other countries where the 3‑2‑1 Service is being deployed, such as in Ghana, Malawi, Mozambique, Nigeria and Zambia.